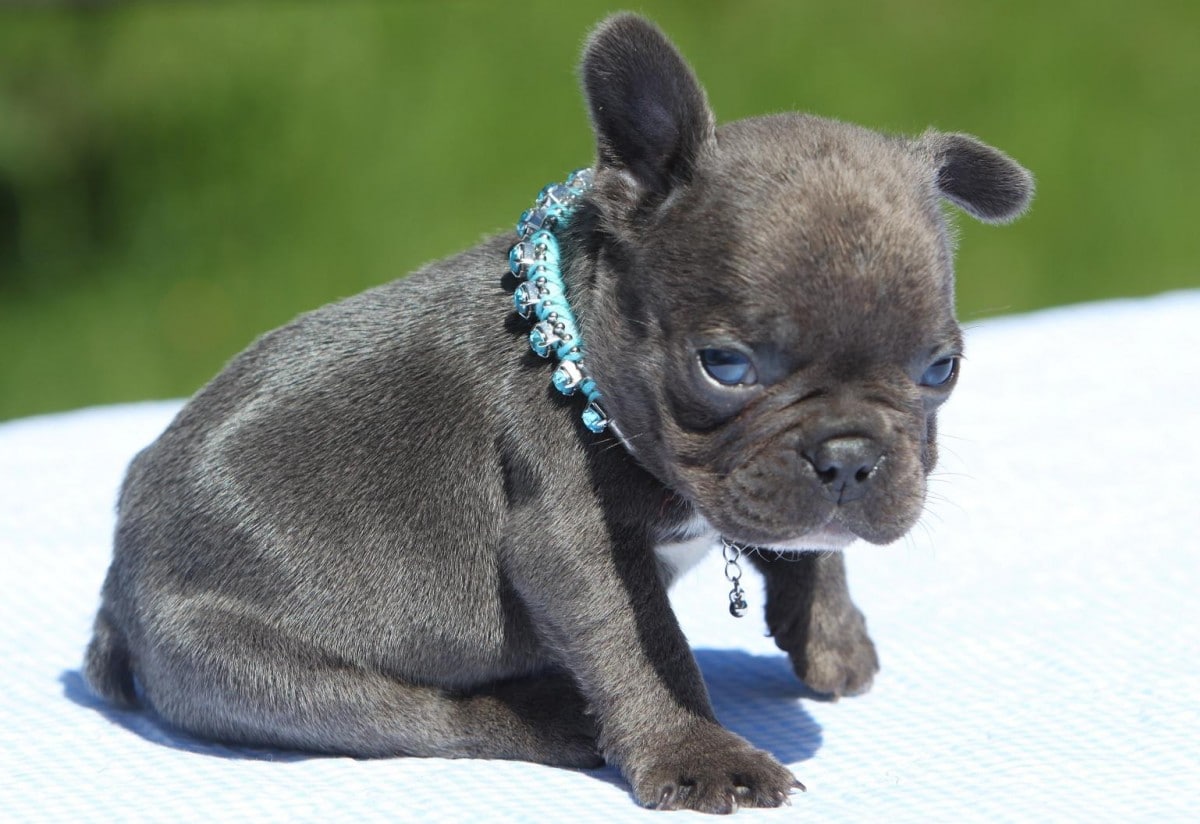 If you have not yet read PART 1 CLICK HERE

If you have not yet read PART 2 CLICK HERE

If you have not yet read PART 3 CLICK HERE

The education of the French Bulldog is sometimes forgotten. They are lazy dogs but they are also eager to learn.

The upbringing must be done with patience and determination.

The French Bulldog is a small dog with a big ego, so it should be treated in the same way as a large dog. Because of the size, we often forget to treat the French Bulldog like a normal dog. You don’t constantly take a large dog on your lap, it is therefore important that he knows his place in the ranking. When raising your french bulldog puppy he will need to learn his place in your family. You will notice that your puppy can still become shy and anxious, so go on walks with your puppy as much as possible. Certainly, do not get angry if he responds anxiously, but do not go overboard in comforting too. If you get angry, you increase his fear, if you comfort him, you reward his fear.

Show who is the boss

Stay consistent with your Frenchie: if you forbid anything to your puppy, you will also have to keep forbidding it once the puppy is mature. It is also very important that everyone in the family applies the same rules. Never make a low posture when playing, not even with a small dog like the French Bulldog. If you have small children who are still crawling, then the puppy can see him as kin. Never leave your children alone with your French Bulldog.

You determine the beginning and the end of an action or game. Ignore your Frenchie if he is pushy to ask for attention by pushing his nose or his paw.

Always let your dog come to you, do not go to your dog yourself.

Prevent the dog from entering or leaving the house first. Let the dog sit and then go outside yourself first.

It is certainly advisable to do puppy training (possible from 10 weeks). You can do this perfectly yourself.

When raising your french bulldog puppy always be consistent.

Stay calm and patient. Do not show hesitant behavior, but be confident.

Make sure you have a good tone in your voice: commands and rewards are clearly different.

If you give a command, the dog must execute this. Repeat the command and help your Frenchie. There is no point in repeating the command endlessly or getting angry and start yelling.

If your dog performs a command correctly, reward him.

Immediately correct unwanted behavior. A dog can only remember things for a few seconds, so he will no longer know why you correct it if you wait too long. After the correction, you let him do something and reward him for doing well with your voice.

There can be several reasons why a dog growls at forbidden things, such as teeth coming through, fear, boredom and lack of exercise.

Give your French bulldog different toys to prevent him from nibbling on your personal items. Make sure that the toys offer sufficient challenge such as a toy from which something tasty comes out when it is in a certain position.

If you see your French Bulldog growl at a prohibited item, take it from him and give him one of its own chew toys. Reward him if he accepts the toy.

Many French Bulldogs bark when visitors come by. Good socialization can do wonders here. Reward the dog by giving him a special treat and a chew toy to keep him busy if there is a visitor for example.

If he barks at the arrival of strangers, this barking is more likely to be a warning to his owner.

French Bulldogs are very vigilant by nature and sometimes it is difficult to prevent him from barking when he hears a suspicious sound. It is, of course, possible that you appreciate this characteristic.

Yet it is not fun if he barks for a long time. Learning a command such as ‘stop’ can help.

It is very important to reward your Frenchie if he does this correctly.

If your French Bulldog wants to warn you that someone is coming or if he hears a suspicious noise, then reward him for the warning. Then let him know that it is enough and reward him if he stops.

Aggressive behavior may never be tolerated. There may be countless reasons why your dog wants to bite, but there is never a valid excuse.

As a puppy, your dog must learn that they are not allowed to bite, even when playing.

The most important measure to correct aggressive behavior is to make it clear that you are the boss.

Suppose your dog bites, you can think about the possible factors that influence his perception of his place in the pack (your family). This may have to do with the type of games you play, its place to sleep or to eat.

However, if your French Bulldog thinks he is the pack leader, the problem cannot be underestimated and it is nevertheless advisable to seek professional help. Your veterinarian, a dog trainer or a behavioral therapist for dogs can advise you.

This was PART 4. In PART 5 we are going to talk about the health of your cute French bulldog puppy.