French Bulldogs are full of character: they’re adorable, cuddly, and playful. Another trait of this special breed is the French Bulldog reverse sneeze. You may have noticed your Frenchie quickly inhaling and snorting and now you are looking for answers. Below, you will find all there is to know about reverse sneezing from what it is, common causes, how to stop it, if and when to worry, and when to contact your vet.

What is a Reverse Sneeze?

If a French Bulldog is reverse sneezing, you will notice fast and repetitive inhalations through the nose and hear sounds of snorting and/or gagging. It almost sounds as if they are inhaling a sneeze, hence the name ‘reverse sneezing.’ During a reverse sneeze, a Frenchie will stand in one spot and its head and neck may appear extended.

The first couple of times you witness reverse sneezing, it can be scary. It may seem like your pooch is choking or can’t breathe, but this isn’t the case. Typically, a Frenchie is perfectly fine before and after a reverse sneeze.

If it’s the first time your dog has had this experience, it’s good to be cautious and take a video of the incident, then contact your vet to be certain it actually is reverse sneezing and not coughing or choking.

Sneezing is a normal way to rid of irritants and reverse sneezing is similar in that it’s a way to relieve an irritation that’s further down the throat.

While several breeds suffer from reverse sneezing, it’s more commonly seen in those with Brachycephalic Syndrome where they have obstructive breathing due to the shape and size of their head, muzzle, and throat.

A French Bulldog reverse sneeze can happen if it’s trying to remove allergens like dust, pollen, or mold from their airways or if it breathes in an irritant such as seeds, pollen, grass, or smoke.

If you can avoid having your Frenchie around obvious allergens such as cigarette smoke or pollen coming through an opened window, you can potentially avoid a sneezing episode.

If a Frenchie is feeling extreme emotion, whether it be from joy or nerves, they may react by breathing faster and harder than usual which can cause reverse sneezing.

Be aware of what events may cause your Frenchie to become overly excited and try to help it stay calm. For example, if being left alone results in anxiety, learn more about separation anxiety and do things like crate training, avoiding signals that show you’re leaving, and provide your pooch with toys to keep them busy. If your pup gets overly bubbly when guests come over, put it in another room until everyone is there and have them be relaxed when you allow your pup to greet them.

Mites that are found in nasal passages can affect a dog’s sinuses and reverse sneezing is a symptom of nasal mites.

Nasal mites can sometimes be found in mucus or around the nose. A vet can diagnose and treat them.

While you have to be careful of walks with your French Bulldog due to their breathing issues, there’s a high chance your Frenchie is so enthusiastic to get out into the world that they’ll pull on the leash to get all the sights and smells in. The irritation this can cause to their throat may result in reverse sneezing.

Using a front-clip harness not only gives you more control and avoids too much pulling but is no-pull and choke free which should prevent your pooch from sneezing which can occur when a collar chokes them.

A sneezing incident can be triggered by throat spasms caused by a change in body temperature. Since we can’t control the weather, this is sometimes unavoidable. Continue reading for how to stop unavoidable sneezing once it begins.

Once you observe the situation around you when reverse sneezing is happening, you will likely discover the cause and be able to fix it. When you can’t avoid a reverse sneezing incident, there are ways to stop it after it begins.

How to Stop my French Bulldog from Reverse Sneezing

Because reverse sneezing is a reflex that is sometimes unavoidable, you can’t always prevent an episode from occurring. While it’s typically nothing to worry about, it’s not necessarily enjoyable to watch your furry companion appear to be in a stressful situation. You also don’t want your pooch to feel overwhelmed, so calming them down is important.

Most of the time medical treatment for a French Bulldog reverse sneeze is not necessary and there are simple ways to fix it.

Sometimes reverse sneezing happens because of an allergen. Many French Bulldogs have food allergies. If you feel that the above reasons aren’t the issue, try to change up your Frenchie’s diet. Elimination could be the route to take. For example, if their food’s protein is chicken, try changing it to salmon.

Limited-ingredient dog food is great for dogs with food allergies due to its single protein source and no additives. 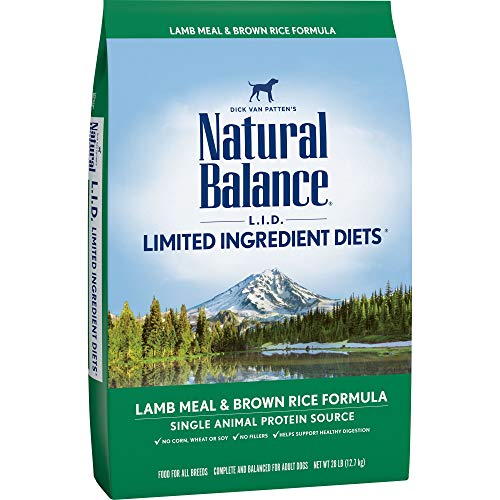 It can certainly be frustrating to be woken up by your dog’s reverse sneezing when you’re sound asleep at night.

Here are some ways to potentially avoid this problem:

Sometimes reverse sneezing can be confused with tracheal collapse because of a ‘honking sound’ and similar reaction from a dog. However, it’s important to note that these are two very different conditions. Reverse sneezing is caused by an irritation in the back of the throat, while tracheal collapse is when air is unable to reach the lungs. This is very serious and requires immediate attention.

When to Worry About Reverse Sneezing and Consult a Vet

Overall, the French Bulldog reverse sneeze is nothing to fret over. If it’s a quick episode that ends with your Frenchie being it’s usually happy, go-lucky self, all is probably well. If it becomes a very common occurrence, a vet may need to use their expertise to help you in the matter and diagnose the primary cause to give proper treatment. Your vet may prescribe an antihistamine for allergies, an antiparasite for nasal mites, or may need to remove a foreign particle.

If you notice reverse sneezing combined with a runny nose, several possible reasons for this could be a sign that there is a further health issue such as:

While there is a long list of worrisome issues that can cause a French Bulldog reverse sneeze, it’s more likely that the cause is not a major scare. The key is to contact your vet if sneezing happens excessively or you notice a persistent runny nose.

For the most part, reverse sneezing is an occurrence not worth worrying over. Knowing the causes, fixes, and when to worry can alleviate any unnecessary stress.

Given that French Bulldogs are prone to several health issues and regular vet visits allow for peace of mind, getting pet insurance is well worth looking into.