Most of us know Frenchies as cute little dogs with short hair. But, did you know long-haired French Bulldogs are also a thing? Like all French Bulldogs, these Frenchies will longer hair than the usual are just as adorable and maybe even more. The rare fluff of their coat is the best for snuggling and gives them quite a special appearance.

The long hair gene is recessive and there are five variants. Long-haired French Bulldogs have the ‘L4’ gene.

When two Frenchies have this gene and are bred, they pass it to their offspring giving their Frenchie puppy two copies of the long hair gene. This results in their precious long hair.

Since this gene is an autosomal recessive trait, there is no genetic dominance. This means that two Frenchies with the long hair gene can be bred and have a long haired dog, but this doesn’t mean that both parents actually display the long hair trait. This is similar to a baby being born with red hair in that both parents carry the gene but both don’t necessarily have red hair.

Even though long-haired French Bulldogs are purebred, they are not considered to be an official dog breed according to the AKC approved French Bulldog colors. This only means that they can’t be entered into AKC dog shows so long ago, they were not seen in high regard. These days, this rare Frenchie with a special trait, along with rare colored French Bulldogs, is a pet that many would love to have.

As if the typical Frenchie isn’t cute enough, long haired French Bulldogs have an extra pizzazz making this rare breed quite desirable.

Long-haired French Bulldogs are like every other Frenchie when it comes to their body size and shape and their bat-like ears. However, their coat isn’t short and smooth like we are used to. Instead, they have medium-length wavy hair that covers their ears, head, back, and chest giving them a unique fluff.

If a long-haired Frenchie is responsibly bred, they won’t have any more health issues than other French Bulldogs. Unfortunately, all Frenchies are prone to several health issues, which you can read about more extensively here. Below is a summary of these possible health problems.

Since the French Bulldog breed is prone to quite a few health issues, having pet insurance can provide a Frenchie parent with some peace in knowing that some medical treatment is covered if needed.

The fantastic personality of long-haired French Bulldogs will make you forget about the possible health challenges!

Frenchies are calm, affectionate, and rarely show aggressive behaviors. While it may take them time to warm up to others, they’re known to get along with people and other pets.

French Bulldogs are full of love and aren’t the kind of dog that wants to lounge at home alone all of the time. While they are low maintenance and don’t require much exercise, they do thrive off having their owner around so keep this in mind if you’re looking to add a Frenchie to your family. They will be the best companion!

There are 16 French Bulldog colors, including common and rare.

The AKC has 11 approved codes for French Bulldog colors. Codes were created years ago for ‘official colored’ Frenchies allowing them to compete in AKC shows. They include:

There are 5 rare colors and even though they aren’t considered ‘official’ colors by the AKC, these colored French Bulldogs are full-bred and beautifully unique. They include:

Along with 16 possible colors, there are markings that a French Bulldog can have adding to its character. These markings include:

Long-haired French Bulldogs can be any color listed above with their own markings like any other Frenchie. With all the ways that Frenchies can be bred, each one has a look of its own and is a one-of-a-kind pup.

It comes to no surprise if you’ve come to fall in love with these adorable, fluffy dogs! You might be ready to add one of these cuddly pups to your family. But, given the rarity of long haired French Bulldogs, they can be hard to come by.

It will require some research to find a reputable long-haired Frenchie breeder. Commonly, quality French Bulldog breeders have a home already in place for each pup in a litter. With that said, you may want to begin researching and planning for your new furry family member long before you plan to take it home. These incredible dogs are in high demand, so it’s best to start the process as soon as possible.

AKC approved French Bulldog breeders are required to meet specific qualifications. Do your research to find a reputable breeder. When you are meeting breeders, be sure you know what questions to consider and ask.

There’s also the option to adopt your French Bulldog. Sometimes owners give their Frenchie up for various reasons such as little time to care for a dog, the inability to afford a pet, or simply a change of plans. When this happens, sometimes Frenchies find their way into non-breed specific rescues. Here’s a place to start.

So, as we’ve read, long haired Frenchies are especially sought after and rare to find. Because of this, they are not the most affordable dogs out there.

Long-haired French Bulldogs can range anywhere from $5,000 to $15,000. While their unique appearance plays a big role in the price, so does their health. If you choose your dog from a reputable breeder who has carefully bred their dogs, the price will reflect this. If you find a cheaper French Bulldog, there’s a good chance the breeder wasn’t mindful during the process. It’s important to be aware of this because it determines how healthy your new Frenchie will be.

Since proper breeding takes a lot of time and money from finding the best dogs to breed with health screenings and genetic testing to providing the best foods and vaccines, the best long-haired French Bulldogs very well may cost you on the higher range given above.

Frenchies are known to be fairly low maintenance. These easygoing pups are usually good to go if you provide regular food, water, grooming, and cuddles.

While these unique Frenchies have different hair than most, taking care of their wavy locks isn’t much different than caring for short hair. They will need at least four baths a year, more if they are outside often or get especially dirty. 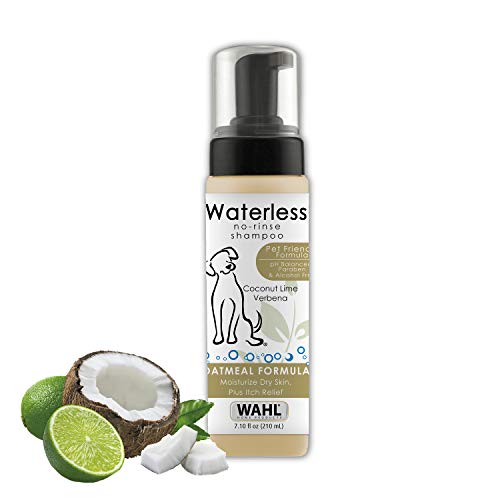 Is a Long Haired French Bulldog the Right Pet for Me?

Getting a new dog, any dog, is a huge decision that shouldn’t be taken lightly. There are quite a few factors to consider before you get a long-haired French Bulldog.

Here are some key facts about these fluffy, adorable dogs:

These adorable fluffballs can be a great pet if carefully considered! They are cute and affectionate. Long-haired French Bulldogs come in a variety of colors and have an especially show-stopping look to them. They can be hard to come by and costly. They are low maintenance for the most part with little exceptions including health. Is a long-haired Frenchie going to be the newest addition to your family?