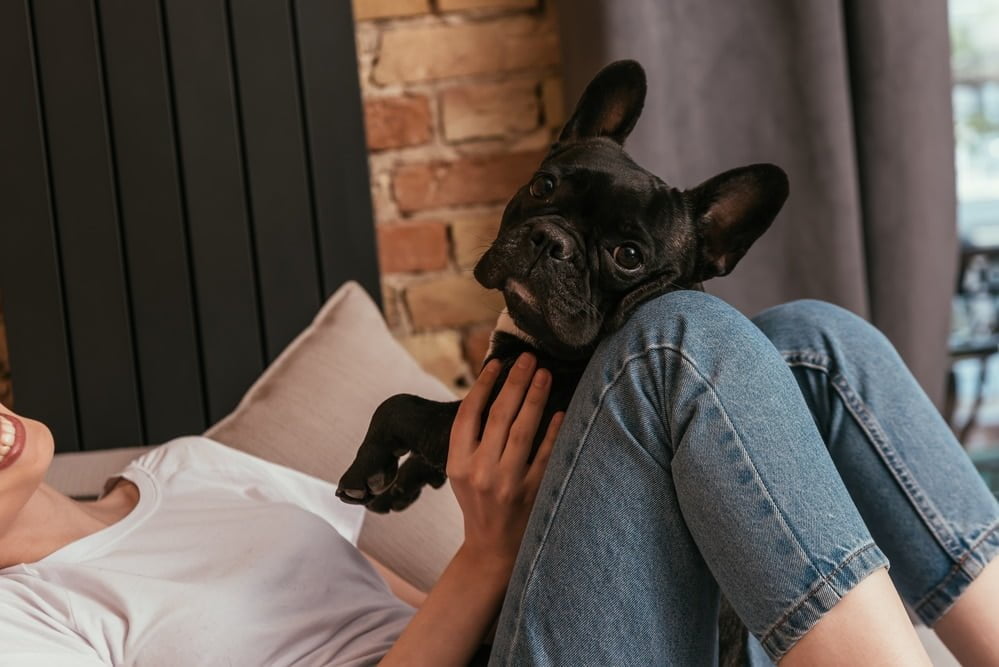 If you’ve ever met a French Bulldog, you probably think cute, wrinkly, and friendly. These are just a few words to describe this fun-loving, spunky pet. They’re also easy to groom, cuddly, great with kids, stubborn, and well, pretty expensive.

For anyone who is wondering are French Bulldog good pets, there is lots to consider when answering this question. Today, we answer that question and give all the details on the good, bad, and ugly of having a Frenchie as a pet.

The history of a French Bulldog is quite interesting, but can certainly begin to answer the question: are French Bulldogs good pets?

French Bulldogs came to be in the 1800s after English Bulldogs started to be bred into toy-sized pups. In the 18th century, French Bulldogs were quite different than what they are today, but they were great lap-dogs for lacemakers in England. Eventually, Frenchies made their way to France as the British immigrated. The French grew to love these adorable dogs and started breeding them even more. This is when their looks evolved more into what we see today. During the 19th century, travelers from the United States to France saw the French Bulldog and started bringing them back to the US. Their popularity has continued to grow ever since. In 2019, the French Bulldog was named the 4th most popular breed by the American Kennel Club.

Pros of a Having A French Bulldog for a Pet

As you may know by now, French Bulldogs have quite a few traits that make them legendary pets. If you’re considering getting one, you will undoubtedly find lots of joy in this decision. Let’s get down to it!

French Bulldogs have some of the best traits you can have in a furry family member: social, laid back, and full of zest just when you need it! Frenchies are down to hang out in your lap at home (they’ve been lapdogs for hundreds of years, after all), or hang out with friends, or have some playtime. They’re typically thrilled for any and all of it.

French Bulldogs make the best support animal, friend, and sidekick. Whatever you need, they’ve got you covered. They’re loyal and will stick by your side.

Because French Bulldogs have short hair and stay indoors more than not, brushing and bathing them is quite simple. They do shed a small amount, usually twice a year to lose their undercoat, so regular hair brushing can help with this. Bath time isn’t too difficult since Frenchies are so small and only require about four baths a year. More is okay, but keep in mind that very regular baths can result in dry skin.

Don’t want a vocal dog? French Bulldogs don’t have much to say unless they feel a warning is necessary. While Frenchies aren’t typically barkers, they are good watchdogs and will alert you if needed.

Because French Bulldogs have a short snout, they are known to have Brachycephalic Syndrome (BOS). Dogs with BOS can have obstructive breathing, especially if they exercise too much or go on long walks. With that said, Frenchies shouldn’t exercise too much and don’t need to since they don’t have an abundance of energy. They’re happy with toys to occupy them indoors and 1-2 short walks a day.

The average French Bulldog weight is about 18 – 28 pounds which is a key factor in making French Bulldog good pets for many. There are several upsides to having a little pet including:

While French Bulldogs can be stubborn, they are always ready to please. With patience, love, and treats, you can train your French Bulldog to follow all the basic commands.

Whether you live solo or have a family with children, Frenchies will likely thrive with any and every family who shows care. French Bulldogs are known to have a calm and happy demeanor. They show affection and cuddling is their middle name. If you have hyperactive children, most French Bulldogs are so even-keeled that they will lay back and watch the show.

Get Along with Other Pets

Not only do French Bulldogs get along with kids, but they usually hit it off with other pets. Some dogs may show aggressive behaviors when they meet another pet or if another animal comes into ‘their territory.’ However, a Frenchie is not known to be aggressive and is quite accepting.

Make sure a meeting with a new dog is successful by checking out 5 simple steps to train your French Bulldog to get along with other dogs.

Are you new to dog ownership? That’s okay! The easy-going Frenchie can adjust to your learning, is going to love you unconditionally, and properly caring for it should be more than manageable.

Of course, you need to know the basics such as properly feeding your pup and possible health issues such as cherry eye, but the most important part is that you cherish your fur baby in the way it deserves.

Cons of a Having A French Bulldog for a Pet

As we hear from time to time, if it sounds too good to be true, it probably is. Are French Bulldogs good pets? Absolutely. But, there are certainly some downfalls to know about and understand before you make the decision of bringing this adorable, friendly, laid-back pup home.

The biggest drawback to French Bulldogs is that they are so popular that they’ve been bred for many years by many different people. They have a long list of health issues, many of which are because of their genetics, such as obstructive breathing and cherry eye as mentioned earlier.

Other health issues include:

While there are a number of responsible breeders out there breeding the most healthy Frenchies they can, there’s never a guarantee. Pet insurance can relieve some financial stress brought on by possible medical problems.

Did you know that a lot of French Bulldogs fart a lot? There are several reasons you may be dealing with a smelly pup if you bring a French Bulldog home, but there are also some solutions so don’t run away yet! 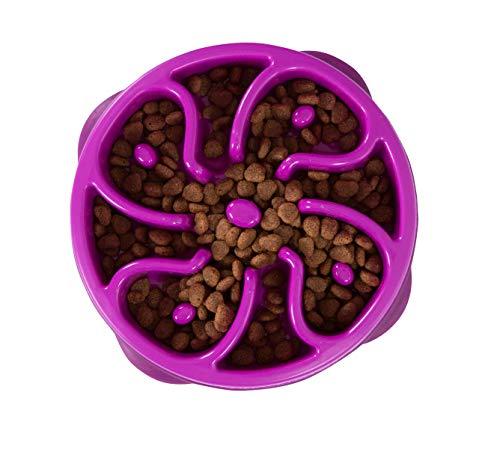 While French Bulldogs are loyal and aim to please their owner, they can be stubborn. If you aren’t patient, training your Frenchie puppy probably won’t be pleasurable. The best bet for teaching your pup all the tricks and commands you want it to learn is to stay calm and provide lots of praise. Treats go a long way, too!

You might be here wanting to know are French Bulldogs good pets? At this point, you probably have your answer. Most would say that they’re one of the best pets out there. Their popularity comes with a price because Frenchies are quite expensive pets.

If you purchase from a top-notch breeder, you’ll be paying anywhere from $1,500 – $8,000. This large amount is due to the fact that a reputable breeder has an abundance of financial responsibilities if they are breeding high-quality French Bulldogs. These include screening potential Frenchie parents, artificial insemination, vet visits, 24/7 care of the mother after birth, and more. In addition to the cost of your pup, you are required to pay for vet visits, food, toys, and grooming supplies once you bring it home.

Rare breeds dogs such a Blue French Bulldog are a lot harder to come by and cost even more than your standard Frenchie.

If you choose to rescue your Frenchie from a shelter, you may save some cost.

Are French Bulldogs Good Pets and Should I Get One?

Choosing and bringing home a new fur baby is certainly not a decision to make lightly. There’s so much that goes into raising a French Bulldog.

If you’re still working on making a decision, keep in mind the pros such as their excellent and chill personality, small size, and loyalty. Their cons are important to consider, too: potential health problems, sometimes funky smell, and high price tag.

The one thing you can be certain of is that a French Bulldog has so many exceptional features that make it the perfect pet for the right person!