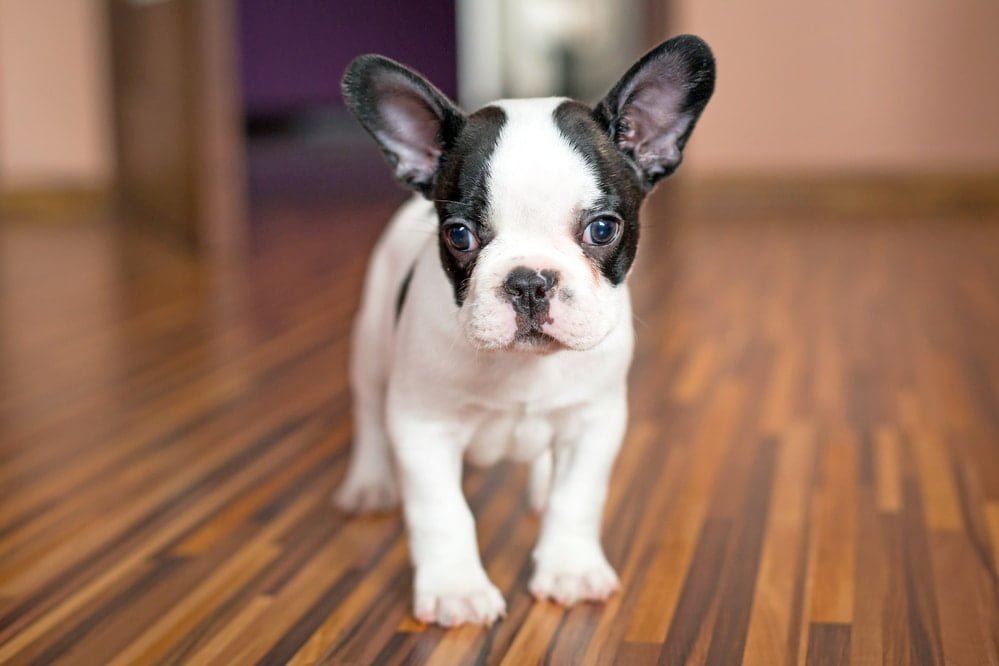 If you’ve never heard of a Frenchton or are looking to learn more, you are in the right place! A Frenchton is a great companion and a mix of two adorable dogs: the French Bulldog and a Boston Terrier.

There’s so much to know about this loveable breed, including where they came from, how they differ from the purebred French Bulldog, traits of a Frenchton dog, Frenchtons’ health issues, and how to purchase and care for a Frenchton.

Where Did the Frenchton Breed Come From?

The Frenchton Breed isn’t one that everyone has heard of, and this is because they haven’t been around for very long. It is said that the first Frenchtons were bred in the 1990s in the United States.

It is said that the Frenchton breed came about to avoid some of the common French Bulldog health issues. Keep reading for more on this.

While a Frenchton is part French Bulldog, here are some differences between the two dogs.

However, Frenchtons are recognized by other organizations such as the American Canine Hybrid Club, Designer Breed Registry, Designer Dogs Kennel Club, Dog Registry of America, and International Designer Canine Registry.

Physical Traits of a Frenchton

Frenchtons are a popular dog for many reasons similar to that of a French Bulldog including their small size, temperament, and charm. There are also some differences.

Short in size and stocky in build, a Frenchton is like a Frenchie. Physically, these two pups are quite similar.

Typically, a Frenchton is between 13 and 16 inches tall and has an average weight of 13-25 pounds. To get an idea of what size a Frenchton will be when full-grown, you can add the weight of its parents and divide by two.

Frenchton colors include black, black and white, brown, brindle, cream, tan, gold, and white. They may be solid in color or have a mix of colors. Because they are a mixed breed, Frenchtons colors and patterns vary depending on their parents.

Keep in mind that because Frenchtons are loyal and want to protect their owner, they may bark from time to time to point out a strange or uncomfortable situation.

The good news is that these health concerns are often seen in purebred French Bulldogs. Frenchtons are part Frenchie, yes, but they are bred with a healthier dog, so have a smaller chance of facing these issues.

If you notice any problems in your Frenchton, contact your vet. This can be said for any pet, but it’s important to also have pet health insurance to alleviate the financial stress medical care can bring.

When purchasing a Frenchton, you may choose to buy from a breeder or adopt from a rescue. Remember that it will likely be a long process because these pups are so rare. The most important thing is that you do your research to ensure that you find the right breeder or rescue and get a healthy pup.

While there aren’t a ton of Frenchtons out there, there is no shortage of breeders. The biggest task is making sure you find a reputable breeder. The AKC has a breeder merit program, where they recognize responsible breeders who must meet a number of qualifications. If you find a specific breeder, you can search to see if they are one of the qualified AKC breeders. If a breeder doesn’t make this list, this isn’t to say they aren’t high-quality breeders. Additionally, you can search for breeders online and read reviews.

When you are meeting a breeder, make sure you ask the right questions. The following points are important to note and ask a breeder when you’ve found a Frenchton you could call yours.

Make sure are comfortable with the breeder you are potentially buying from. If you aren’t, keep looking.

Adopting a dog is also an option. Again, you want to do your research. Your local rescue center or a French Bulldog Rescue like this one may have crossbreeds like the Frenchton to rehome at the time you are looking. Adopting is always a great option because you are saving a life and usually saving money.

As you probably know by now, Frenchtons are not cheap. Their rarity and appeal come with a price. You will typically find them anywhere from $900 to $3000. Of course, if you can come across a Frenchton to adopt, this cost will be less.

Caring for a Frenchton

Frenchtons need some care and attention but, overall, are a fairly easy pet to have.

For every pound a Frenchton weighs, it should be fed about 20-25 calories. This can be split into 2 to 3 meals per day.

There are many different food options, from dry food to homemade food and more. Protein, fat, fiber, and water are most essential for your pup, so if you’re buying store-bought food, always read the ingredients.

When it comes to grooming, a Frenchton is known to be low-maintenance. They shed very little, even less than a Frenchie. A weekly brush should be enough to keep their coat nice and clean. Baths also don’t need to be too often. Four baths a year or when they get extra dirty is just enough.

Because Frenchtons have flatter faces, they are more susceptible to dental issues. You can prevent these issues with tooth brushing. Ideally, you should do this a few times a week. Arm & Hammer for Pets Tartar Control Kit for Dogs | Contains Toothpaste, Toothbrush & Fingerbrush | Reduces Plaque & Tartar Buildup | Safe for Puppies, 3-Piece Kit, Beef Flavor
$7.99
Buy on Amazon
We earn a commission if you make a purchase, at no additional cost to you.

One reason Frenchtons are known to be low-maintenance is that they don’t require a lot of exercise. They are truly quite the indoor dog.

While walking your Frenchton is important for them to stay in shape and a great way for you to connect with your pup, a short walk each day is plenty.

Because Frenchtons can be prone to Brachycephalic Obstructive Syndrome (BOS), a health defect caused by a small-sized skill, your Frenchton may have difficulty breathing, and they can easily overheat. Be sure that if your Frenchton does suffer from BOS that your walks are limited to 5-15 minutes and aren’t in the heat of the day. Many Frenchtons, due to their mixed breed, don’t experience this health issue.

For indoor activities, a Frenchton is happy to play with squeak toys and tug of war. While a lot of exercise isn’t needed, some activity is necessary for your Frenchton to stay healthy and happy.

Is a Frenchton Right for Me?

Frenchtons can be the perfect dog for many people. Here are some things to keep in mind if you are considering taking a Frenchton in as your newest family member.