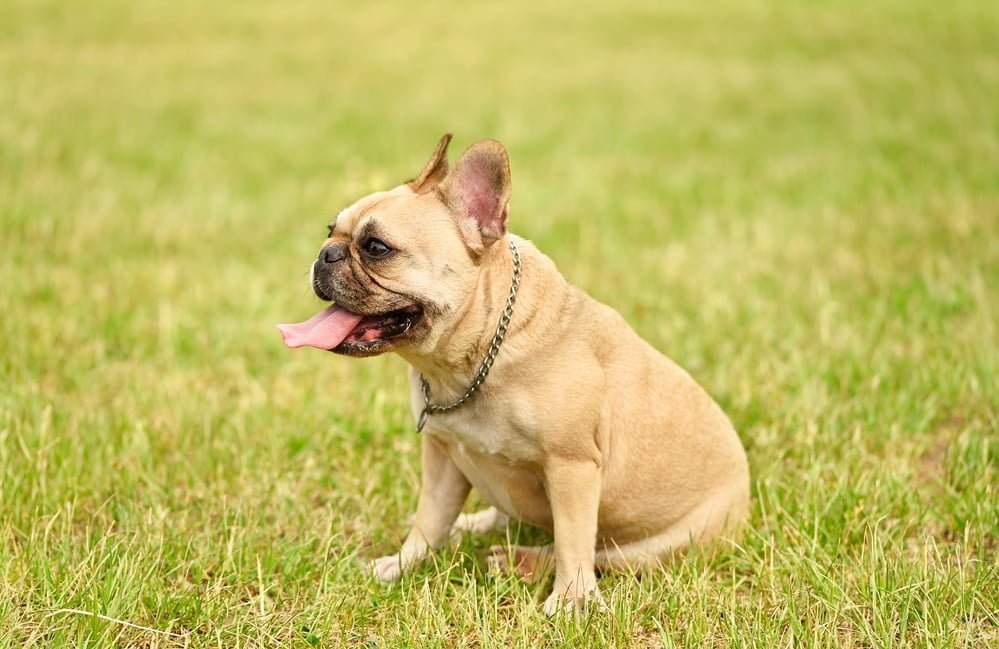 A mini French Bulldog is just that, tiny and adorable. While there is no official mini Frenchie breed, the miniature is much smaller than your typical French Bulldog with some similarities and differences when it comes to where they come from, traits, purchasing one, and caring for one. Keep reading for all the scoop!

Where Does the Mini French Bulldog Come From?

As mentioned, mini French Bulldogs are not an official breed and are simply bred differently to result in their smaller than usual size.

There are a few ways that breeders create the pocket-sized furball: crossbreeding, dwarfism, and breeding small Frenchies.

Crossbreeding expands diversity, but the mixed breed Frenchie can inherit any mix of traits from the two parents meaning a mixed mini French Bulldog could have more or fewer features of the other breed.

A French Bulldog is most commonly bred with Poodles, Yorkshire Terriers, and a very small Frenchie to produce the mini Frenchie.

Now, this is quite a cute combo! The Poodle’s long nose and tail mean that there is a smaller chance that a Frenchie and Poodle Mix will have Brachycephalic Syndrome (obstructive breathing) and Hemivertebrae (abnormally aligned spine). Poodles are susceptible to other health issues including hip dysplasia, epilepsy, and thyroid issues so it’s important for breeders to carefully select the dogs they are breeding.

Since a Yorkshire Terrier is the smallest of the toy breeds, mixing one with a Frenchie results in an adorable mini French Bulldog. This mix is typically friendly and will fit right into most families. Yorkies can face health issues including hip and digestive problems. Again, it’s crucial to pick a responsible breeder before purchasing your new pooch.

Some minis are from two French Bulldog runts, the smallest pup in the litter, being mixed. An issue with this method is that breeding the smallest and weakest animals can result in offspring with poor health.

Traits of a Mini French Bulldog

When you find a mini French Bulldog, it will be one that’s bred with another small dog. The traits of a mini Frenchie will depend on the other dog it’s mixed with. What we do know is that it will be quite small, have a pretty delightful personality, and it may or may not have health issues.

While it’s safe to say mini Frenchies are precious and small, no two look the same. This is because there isn’t an official miniature French Bulldog breed and their looks are also dependant on what they’re mixed with. An original Frenchie is small, has ‘bat-like’ ears, and a small boxed-shaped head. Their tails and nose are short. A mini Frenchie may have all or some of these features and they may or may not be exaggerated.

As for their coat, a French Bulldog’s coat can be one of several colors like the following:

There are also a few rare colored Frenchies like blue, lilac, blue and tan, chocolate and tan, and blue merle.

A mini Frenchie could have a coat of one of these colors or something else depending on what it’s mixed with.

The top reason why French Bulldogs were voted the 4th most popular dog of 193 breeds in 2020 is because of their fantastic personality. They are known to be loyal, friendly, and full of love to give. While they can be stubborn, they are smart and aim to please. A mini Frenchie’s traits may or may not be similar to this depending on what it’s mixed with.

Unfortunately, as enchanting as a mini French Bulldog is, they do come with the possibility of health complications. Your typical Frenchie itself is prone to quite a few medical issues including problems with their joints and breathing, as previously mentioned. When you mix breeds, this can heighten the risk of problems. Continue reading to learn more about carefully selecting a breeder.

Many times, a mini French Bulldog has dwarfism, a genetic skeletal disorder that results in deformed bones. Minis that do suffer from dwarfism can have shortened, bowed legs and other issues including a shortened spinal vertebra, abnormal skull, and facial bone structure.

Given that a mini French Bulldog, and any other pup, can suffer from a health problem, having pet insurance is always worth considering.

Finding, Buying, and the Cost of a Mini French Bulldog Breeder

Because a mini French Bulldog isn’t a common breed, they aren’t as easy to find. However, there are breeders that specialize in this rare breed.

There is also always a chance that you can locate a mini Frenchie at a shelter. All too often, people are no longer able or want to continue caring for a dog so they get rid of it. Since mini Frenchies aren’t common, finding one to adopt may take time. Additionally, adopting can be cheaper than purchasing from a breeder.

When selecting a breeder, it’s vital to know what to look for and ask to ensure that you get the healthiest mini French Bulldog possible.

The very popular French Bulldog is already a pricey, but cuddly, addition to the family. Mini Frenchies are so hard to come by that this is reflected in their price tag of anywhere from about $1,500 – $8,500. Don’t let it slip your mind that when purchasing a furry family member, there are additional costs such as food, beds, leashes, vet check-ups, and pet insurance.

Caring for a Mini French Bulldog

French Bulldogs are known to be low maintenance dogs and because a mini Frenchie is usually mixed with another small and calm pooch, they are also fairly simple to care for.

If your mini is mixed with a Yorkie, it is more likely to have digestive issues so high-quality food should be a top priority. Additionally, the better diet your pup is on, the healthier they will be. A mini Frenchie should be provided with foods that consist of protein, fat, fiber, water, minerals, and vitamins. Check out this complete guide to French Bulldog food.

Because of the breathing issue that many Frenchies face, mentioned above, they should not exercise too much. A miniature French Bulldog can go on the occasional short walk. Otherwise, it will be content lounging around or playing inside.

French Bulldogs are often said to be smart, but stubborn. This means that they can learn to follow commands, but it may take some time, effort, and extra treats.

A mini that’s mixed with a Poodle may be easier to train than a mini mixed with a Yorkie since Yorkies can be more independent and stubborn. But, any dog can learn new tricks!

Is a Mini French Bulldog Right for Me?

Given that the miniature Frenchies can have some health complications, it’s important to take time to decide if it’s the right pet for you. The potential health problems and high-end price tag are their biggest downfall. However, the list of upsides is far longer…

Becoming a parent to a mini French Bulldog can bring so much joy. They come accompanied with the possible stress of many vet visits and many positive sides. They are cute, small, friendly, and fairly easy to take care of.

All French Bulldogs, including the long-haired Frenchie and Frenchton, can be the greatest pet for the right owner.